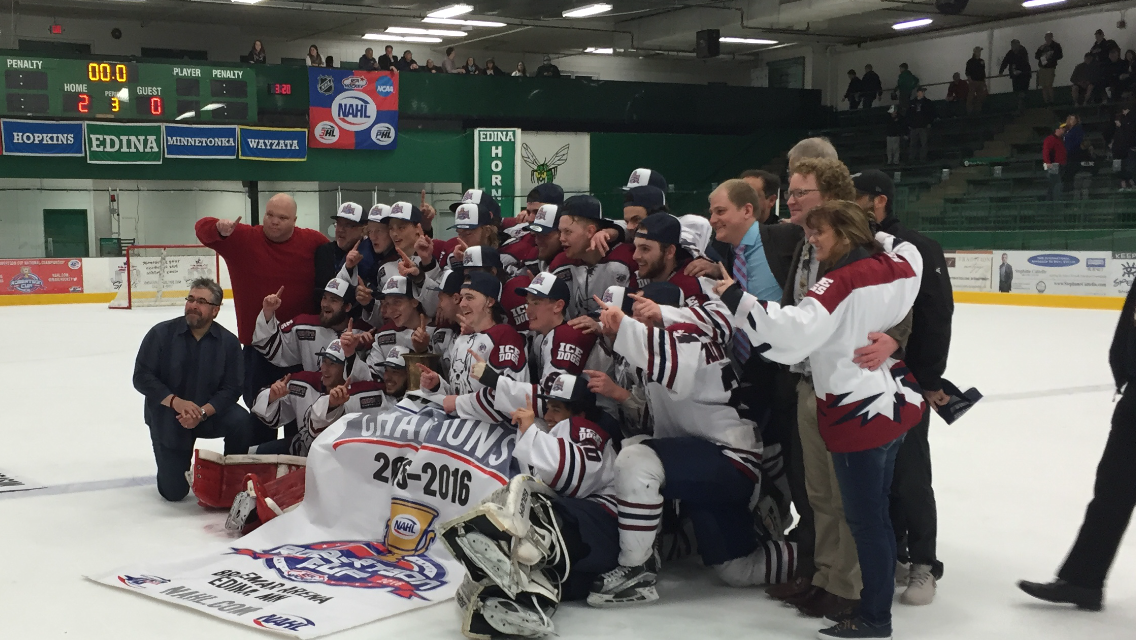 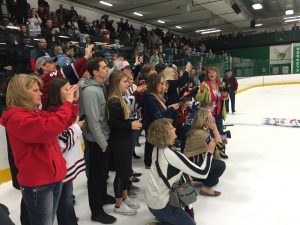 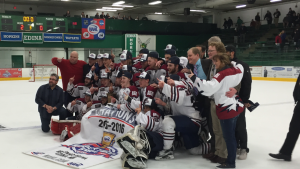 After all was said and done, the North American Hockey League finals, at the Braemar Arena in Edina, Minnesota, saw an Alaskan team duke it out against a Texan team to determine the winner of the 2016 Robertson Cup. The Fairbanks Ice Dogs reigned victorious over the Wichita Falls Wildcats by a score of 2-0.

The NAHL has 22 teams across the United States: geographically, those teams span from Texas in the south to Alaska in the north. Perhaps, because of that span, it’s fitting that the representatives from those two states ended up as finalists for this year’s championship trophy.

This Braemar Arena rink has a capacity of 2,300

This is the NAHL’s 40th anniversary – a USA Hockey sanctioned Tier II Junior League – and this was the first year the Robertson Cup Championship was held at the NAHL-neutral Braemar Arena. The Braemar uses REALice® to build and resurface its ice surfaces, an alternative way of making great ice without using hot water.

The REALice system takes the place of using extremely hot water for building and resurfacing the ice. REALice’s 3-D printed valve removes the micro air bubbles present in water, for a great ice surface that saves energy in heating the water and removing the heat from the water once it hits the ice survace. For Braemar, a REALice system was initially installed in September, 2014 to service two of its four ice pads. Benefitting from the design of the arena, one system serviced two sheets of ice. After a six-month trial monitoring the ice quality and reduced utility costs, Miller ordered a second REALice system to service the two remaining rinks.

The General Manager of the Braemar Arena, Susie Miller, is very pleased with REALice and, in particular, how it held up over the four days culminating with the NAHL’s national championship game. 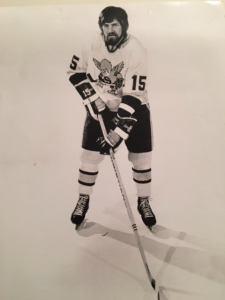 Len Lilyholm, REALice representative and former Team USA and Minnesota Fighting Saints professional player, was at the final game and was impressed with the match.

“It was a great final game,” Lilyholm says. “They were tied at zero with just 10 minutes left to play. The crowds were great — and the NAHL should be recognized more because of the calibre of hockey on display. There were some great players out there on the ice, the skating was very fast and there was exceptional goaltending on both sides. All in all, it was a great tournament. Hats off to Breamar Arena and Susie’s staff.”

Here are some pictures that Len Lillyholm took during the final game.