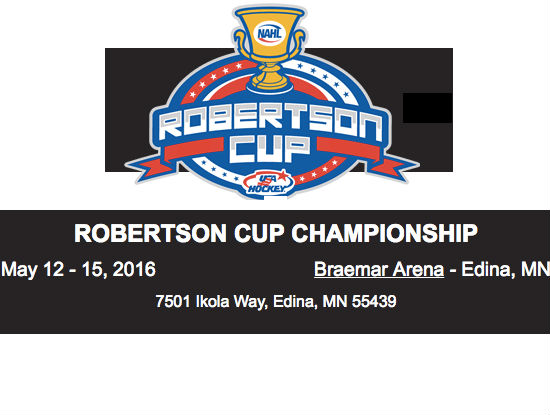 12 May NAHL’s Robertson Cup on REALice at Braemar Arena in Edina, MN

The NAHL is the only USA Hockey-sanctioned Tier II Junior league. With 22 teams from 10 states, the Robertson Cup, named in honor of Chuck Robertson, a pioneer of junior hockey and youth hockey in the state of Michigan, decides the NAHL’s national championship. The championship format is a best-of-three round robin tournament

Susie Miller, General Manager of the Braemar Arena, says hosting the Robertson Cup is a direct result of recent upgrades.

“This is the first time in the 40-year history of the tournament to be hosted at a neutral site. It truly is a feather in the City of Edina’s cap and is a direct result of the recent improvements made to the facility,” she says.

The Braemar Arena has four ice pads and was the first facility in Minnesota to install the REALice® system for all its ice surfaces.

The REALice system takes the place of using extremely hot water for resurfacing the ice. The 3-D printed valve removes the micro air bubbles present in water, for a great ice surface that saves energy. For Braemar, a REALice system was initially installed in September, 2014 to service two of its four ice pads. Benefitting from the design of the arena, one system serviced two sheets of ice. After a six-month trial monitoring the ice quality and reduced utility costs, Miller ordered a second REALice system to service the two remaining rinks.

Miller is very pleased with REALice, reporting that her skaters “love the new ice” and she expects the NAHL players will too. Maintaining top quality ice and saving money were Miller’s priorities for the upgrades for the arena, and REALice helped her accomplish those goals.