Our New England Tour and Best Practices with REALice 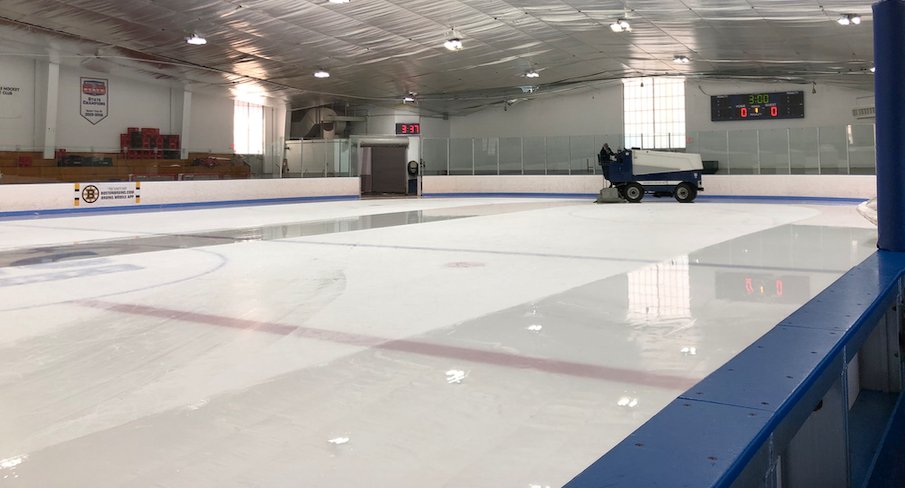 19 Feb Our New England Tour and Best Practices with REALice 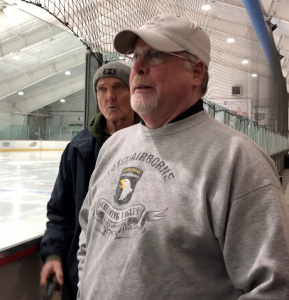 REALice has a large installed base in New England and we were recently there to tour some of the ice rinks who are using our cold water resurfacing technology.

We visited around a dozen rinks with REALice installed — and heard stories from arena managers about the difference that using colder water is making to reduce their costs, their ice plants’ wear and tear — and the improved ice quality they’re seeing.

Take Chet Murch at The Rinks at Exeter in Exeter, NH. Chet tells us — and we’re nearly embarrassed to say it — that the run time on his three compressors have plummeted by nearly half since he installed REALice for his twin pad back in November. Some people think numbers like that are impossible, but call him and he’ll set you straight. Or how Pat McNulty at Dover Ice Arena in Dover, NH has chopped $5k off his monthly electric bill. Scott Fusco at Edge Sports Center in Bedford, MA says his set point has climbed 5F since installing REALice. Or how Bobby Rodrigue at Keene Ice thinks he has one of the most beautiful sheets of ice anywhere — and we agree it’s great (and think the entire facility is fantastic — hats off to everyone at Keene!)

If you don’t believe it — just look at that ice!!! 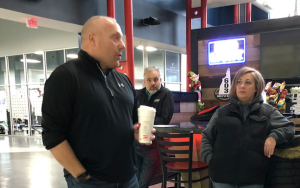 Chet Murch at The Rinks at Exeter in Exeter, NH

What this tour showed us — and what we see (and hear) time and time again, is how important it is to follow good ice-making practices no matter what temperature your resurfacing water is at. Of course, this is something ALL ice makers know, but not everyone has the time, knowledge or desire to execute. Good management is also important — like 10-minute ice makes NOT being cut into by teams late leaving the ice — or teams NOT jumping on the ice before the resurfacing machine has left the ice — a liability issue in addition to that extra quality minute of ice-drying time. Training is fundamental — and so is follow-up on that training by management, continuously surveying your operators to make sure they’re doing their job as they should.

Using colder water to resurface is a big change from how most people are used to making ice. It’s not just the temperature difference, either, of using colder water instead of hot. Using REALice, with fewer micro air bubbles in it than water heated to very hot temperatures means the refrigeration system needs to work less to take less heat off the ice in order to freeze it. And, because the REALice-treated water has a lower viscosity, spreading out thinner and faster, the brine/glycol temps need to be reset higher in order to avoid having brittle ice that creates too much snow. That takes a bit of courage for operators who are used to hot temperatures for their water and cold temperatures for their ice. After all, no one wants to turn their ice into a swimming pool. 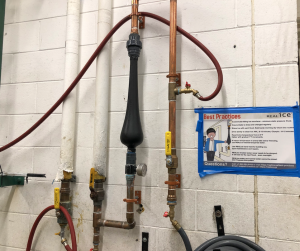 We talk to the operators about their ice once they’ve installed REALice to urge them to work with the ice to find their optimum temperatures. We ask them to look for small, 1 to 2 inch ridges between the ice resurfacer lanes — and, if they find them, it’s a good indicator that the ice is running too cold. We ask them to create a snowball from a strip of left over snow from a dry shave to see if they can form a snowball that that’s good enough to throw with out falling apart, or being too wet. If it falls apart, with the snow being too dry, the ice is too cold. If it’s wet, they’ll need to move the brine settings down by half a degree or so. We encourage all ice makers to read their ice and understand what it’s saying to them. If it’s grey and dull, chances are the brine settings are too cold. If it’s bright and gleaming at you — looking happy — you’re well on your way to great ice.

Want to know more? Contact us at support@realice.us and we’ll put a Rink Savings Estimate together for you and reach out to your utilities to see what your ROI will be.