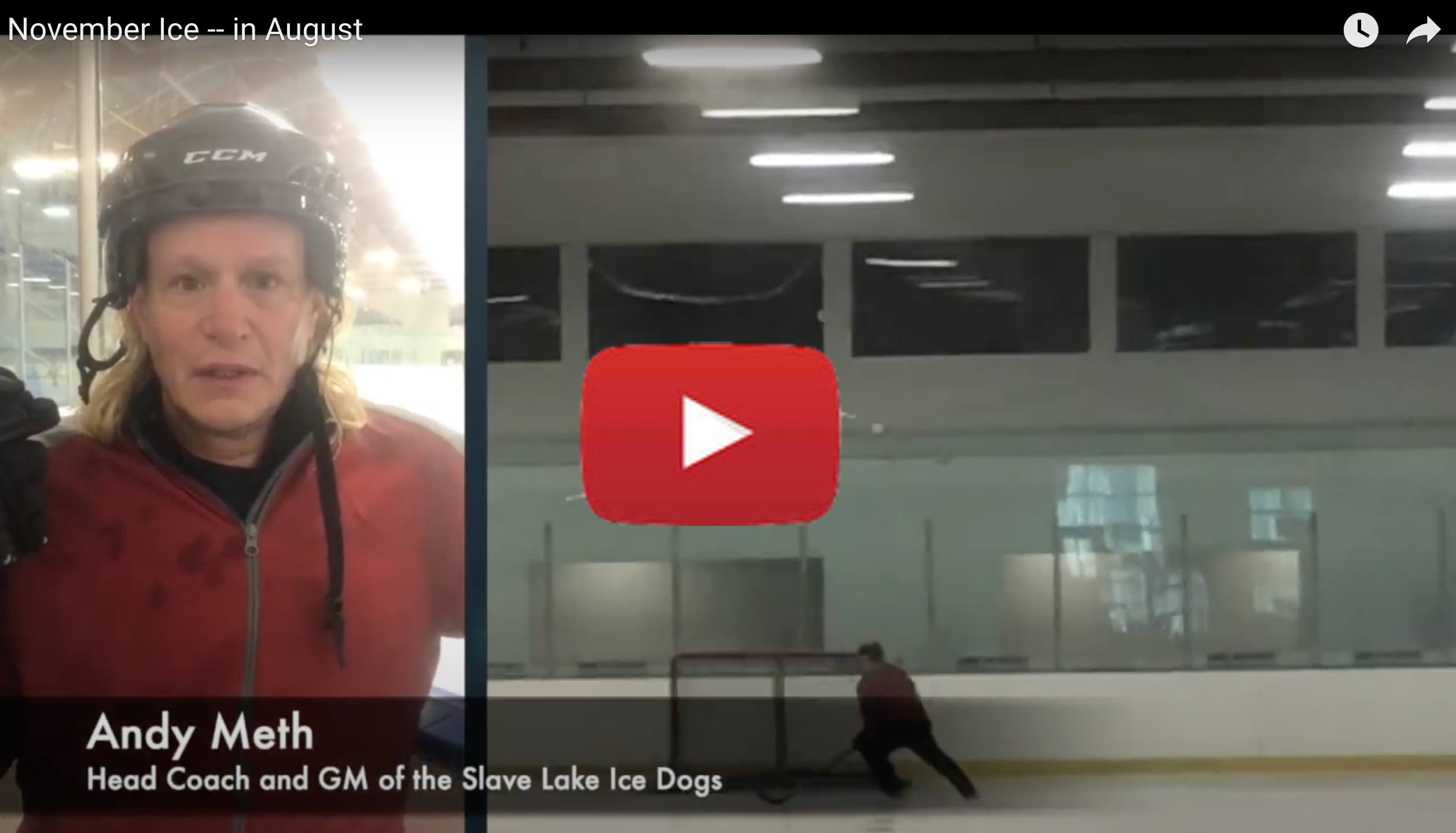 Don’t you wish you had November ice in August?

That’s what they’ve got in Slave Lake, AB since they started using REALice. And it’s not just the Lead Hand who says so. It’s the head coach of the Slave Lake Ice Dogs Junior A team. Andy Meth dropped by the Multi Recreation Centre to try out the ice ahead of the sold-out Peak Performance Hockey School and he was impressed.

“The ice here,” Meth says, “is fast, slick with no snow buildup.”

Meth, who was Connor McDavid’s U18 AAA coach for 6 years, says it feels more like the ice you’d get in the middle of November or December — not the slow, slushy ice you usually get in August.

REALice delivers ice that costs less to make and maintain. By using the REALice-treated water using water pressure of 45 PSI or more, the resulting water is denser, with a lower viscosity. It freezes faster than its hot water cousin, and because of that, the ice needs to be warmer — usually 3-5°F warmer. That saves a lot of run time. Up in Slave Lake (two hours North of Edmonton) their ice is 5°F warmer, and their run time hours are down around 100 hours a week compared to similar user groups and temperatures last year, when they maintained the ice with 140°F water.

REALice will reduce your energy costs and many utilities are on board and will offer incentives that will make your simple payback lightning-fast. Financing may also be available through the National Energy Improvement Fund – we’re more than happy to look into both options on your behalf.

If you want great ice that costs less, contact us today.