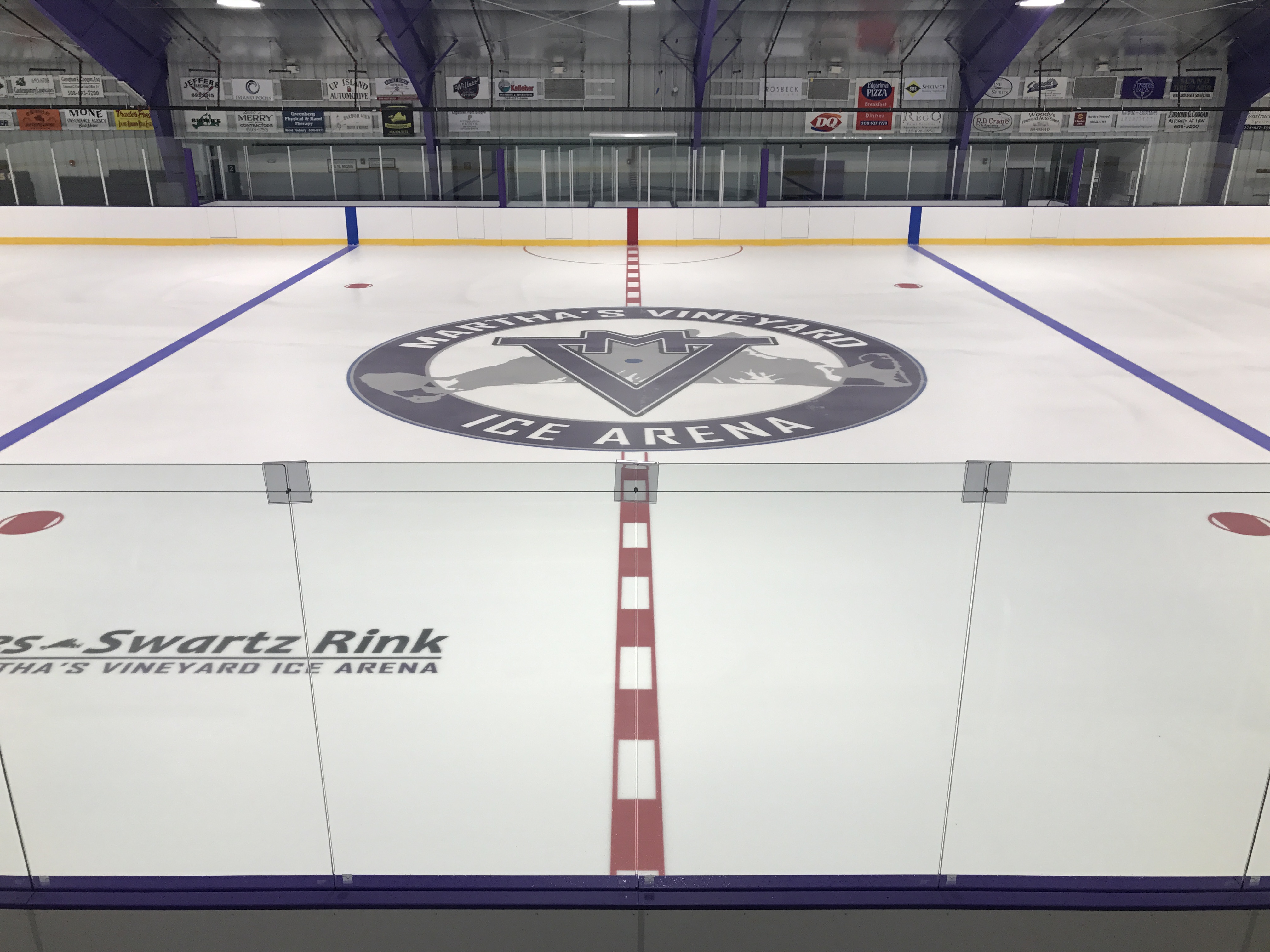 In 2017, the Martha’s Vineyard Arena in Oak Bluffs, MA underwent a major renovation. In addition to a new slab and new refrigeration equipment (Ice3 heat pumps by Emerald Environmental Technologies), REALice was installed for their single pad arena. This is the first REALice installation in a Massachusetts arena, although three others are slated for installs of this advanced ice treatment product before the end of the year.

Because the ice had already been made before the REALice System was ordered, arena manager Peter Lambos and his operations team used our best practices to prepare the ice. Their team dry shaved the ice down by about an inch — just above the logos and paint — and then began the build-up process with REALice-treated water. This needs to be done on existing ice to force a bond between the existing ice and the REALice-treated ice. The operations team were able complete this task quickly and allowed a 24-hour window of opportunity to get this done.

Before the shaving began, Lambos raised his slab temperature by 2F to make it easier to shave the ice. Then, with the REALice-treated ice in place, he increased his slab temperature up by another full degree. Lambos’ team will wait for another week to see how his ice reacts to the warmer temperature, but he expects to be able to raise it by at least 1F more. His current surface temperature is 22F.

In responding to questions about the REALice installation, Lambos is amazed they’ve made such great ice with REALice and cold water.

“I think we’ve got a winner,” says Lambos. “The ice is doing well. It’s clear and holding up very well.”

Lambos and his team will keep their ice in until early in the spring of 2018, when an inspection on their slab is due. And then, they’ll build their ice from scratch, with the help of the REALice hand-held unit.