The ice is better. Sets up much quicker and plays faster. 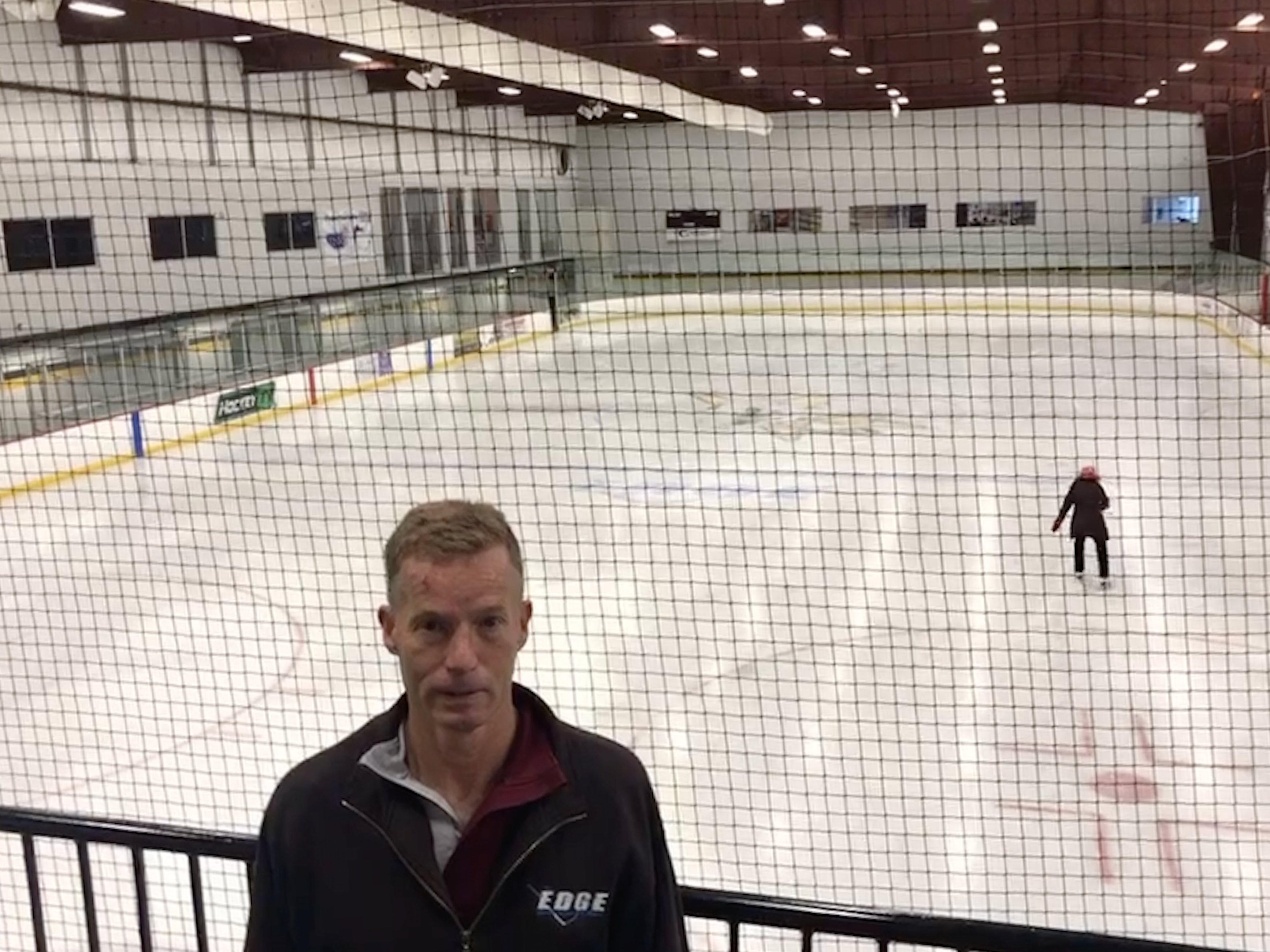 15 Nov The ice is better. Sets up much quicker and plays faster.

(That’s why this Hobey Baker Award Winner said “NO” to hot water floods and “YES” to REALice – TWICE!)

November 15, 2021 – Owner Scott Fusco first put the REALice floodwater treatment system into one of two rinks at the Edge Sports Center facility back in December, 2018. Rebates from two Massachusetts utilities, NationalGrid and Eversource, encouraged him to embrace this alternative to using hot floodwater to maintain the ice. Now, fully emerged out of revenue-crippling shut-down months due to COVID-19 in 2020, Scott explored more ways to cut costs. His second REALice system was installed in the Lower Rink earlier this month.

“It’s better,” he says. “Sets up much quicker and plays faster.”

From IT to Arenas

Before founding Edge Sports Center, Scott was a founder and Sr. Vice President of Software Quality Partners, a large regional IT consulting company.

And his hockey pedigree is hard to beat.

Scott graduated from Harvard University in 1986 where he was a two time All-American hockey player, the career scoring leader, and the Hobey Baker award winner in that year. Scott was also was a member of the US Olympic Hockey Team in 1984 and 1988.

Putting in a second REALice was in the back of his mind for a while. So before moving ahead, Scott took a close look at the numbers.

In reviewing his utility bills, he found that the REALice in the Upper Rink is reducing his electricity consumption by at least 15% per year. That’s very good for a facility that spans around 80,000 sq. ft. of space. 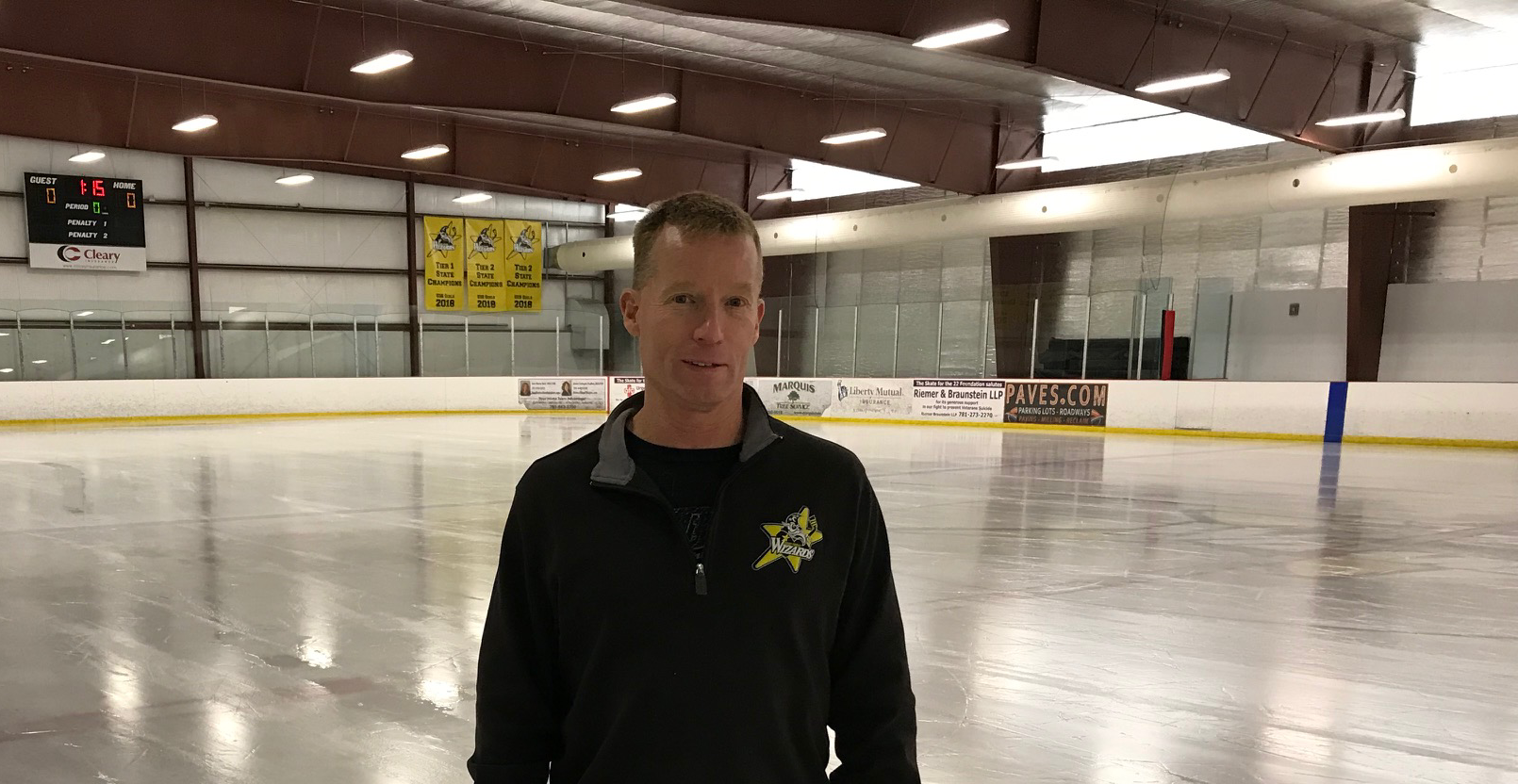 Scott Fusco on the ice in the Upper Rink

But, for energy savings, it’s his reduced run time hours that he’s most amazed with.

“I knew there would be savings in run time using REALice because less heat needs to be removed from the water to get it to freeze. But our 4°F brine reset is where the big savings have been and that’s reflected in our run hours,” Scott explains. “We are down 35% compared to when we used hot water floods.”

“The water heating savings are quite obvious,” says REALice’s Tom Smolarek, Managing Director of Cypress, Ltd., the importer of the REALice technology in the USA. “When you’re using colder floodwater, you’re not heating the water as much. That can be over 90°F of difference of heating your boilers don’t need to do anymore.”

“The lower run time hours aren’t as obvious at the outset,” Smolarek explains, “but that’s where the real gold is with REALice. Those lower hours come with the Delta T that Scott referred to in getting the colder water to freeze, compared to hot. And since the heat transfer rates of REALice-treated water is so fast, the ice needs to be run warmer to maintain high quality ice.” 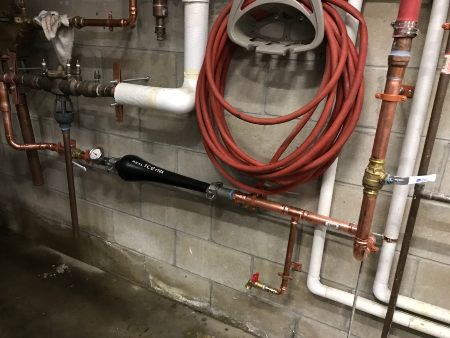 The REALice wall unit at the Lower Rink at Edge Sports Center in Bedford, MA.

“We’ve got customers who are saving as much as 30% on their energy bills compared to when they flooded with hot water,” explains Håkan Grönlund, CEO of H2OVortex s.a.r.l., the worldwide distributor of REALice. “Those savings come with having this new tool in their toolbox. The REALice lets ice makers try things they’ve never even imagined they could do, which is maintaining the ice using cold water floods with warmer ice temperatures. It also makes them pay a little more attention to their ice — not because they have to, but because they want to.”

No monthly costs, no energy spend

“REALice is a long term, energy-reducing and sustainable solution,” says Grönlund. “It’s letting many arenas decommission equipment they would be replacing if they kept using hot water, like water heaters, storage tanks and pumps. And because it needs only water pressure to operate and no consumables like chemical packets or filters, it requires no ongoing costs or energy spend. REALice is really the future of ice making and maintenance.”

Would you like to know how REALice can make a difference at your arena? Contact us via email at support@realice.us