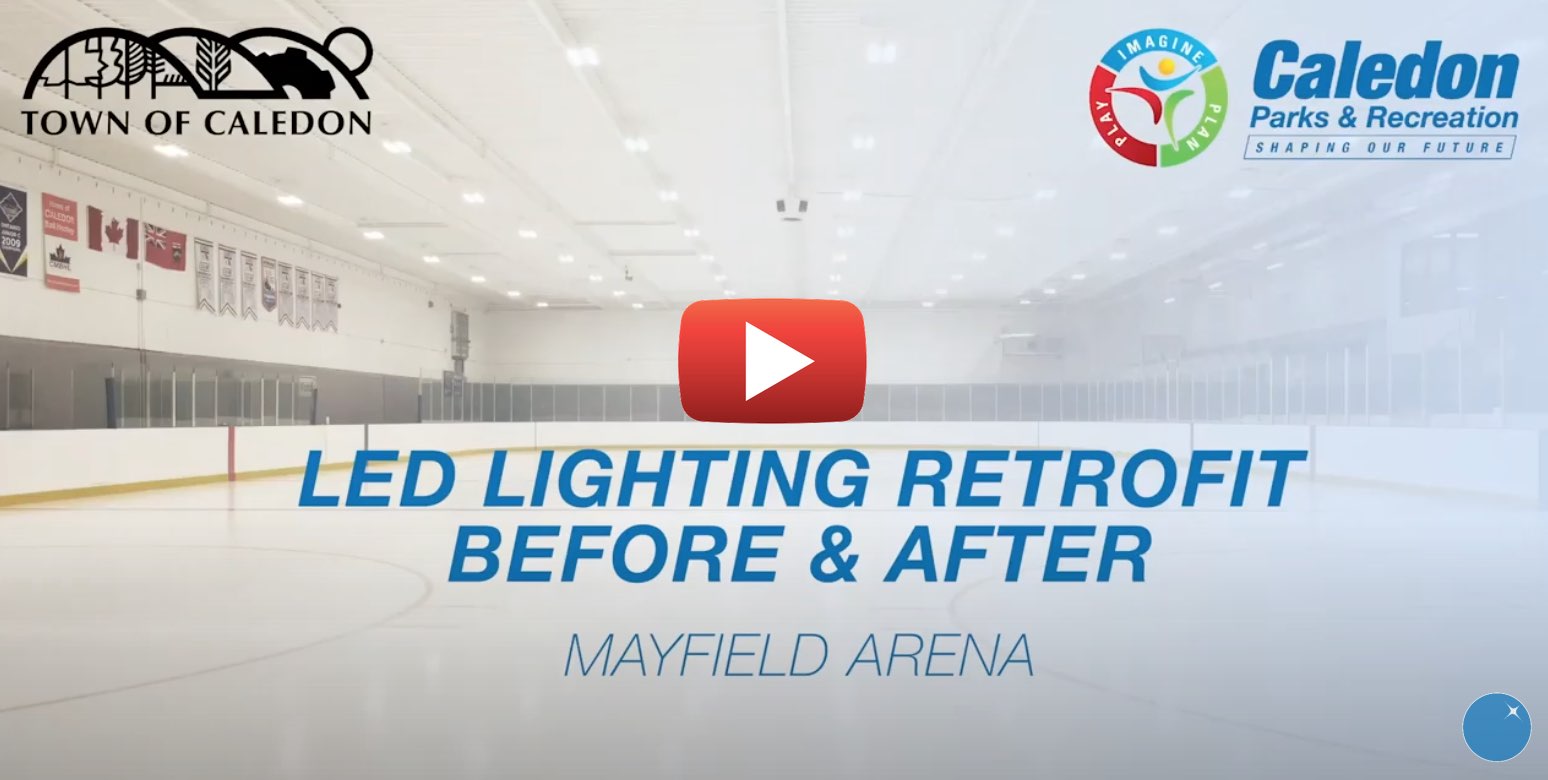 An LED lighting retrofit recently took place at the Mayfield Recreation Complex in Caledon, Ontario with a projected simple payback of 3.95 years. They tracked the changes which took them from 66-T5 fluorescents to LEDs. As you can see in this video, the color of the lighting also changed, going from a warm white to a bright white. Cam Coulter, Caledon’s Coordinator of Operations, says that the LEDs “make a big difference to the sparkle on the ice!” – ice that’s made with REALice’s floodwater treatment system.

This isn’t the only energy-saving method recently installed at this arena. In 2019, they installed the REALice floodwater system. In addition to cutting the arena’s energy spend by over $10K/year, the system has given them a tool to produce high quality ice. The quality and savings has prompted the Town to outfit all of their indoor ice arenas with REALice, a project that will be completed in 2021.

A key metric for energy analysts, arena managers and owners when considering renovation projects is the simple payback — the number of years when money saved after the renovation will cover the investment. We wondered: which energy-saving method is giving this facility the better simple payback – LED lighting or REALice?

The LEDs, with an expected life cycle of 10 years, was projected to have a simple payback of 3.95 years – a very compelling metric. 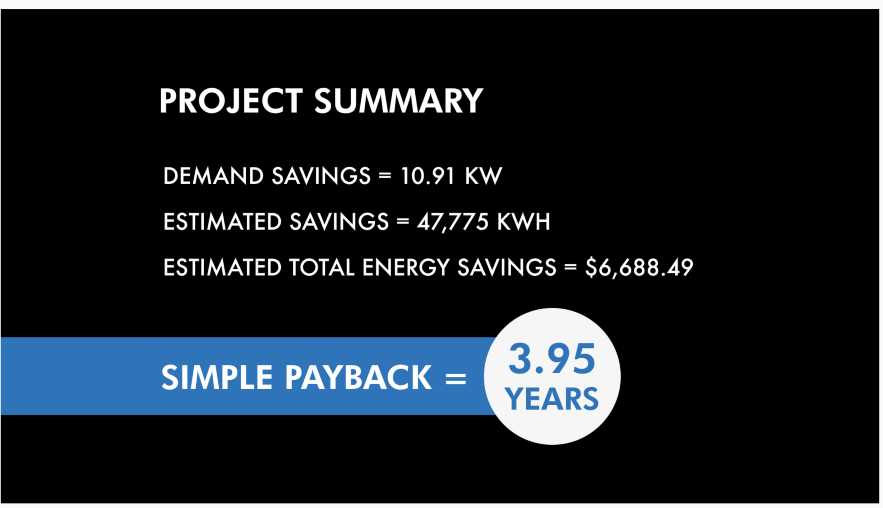 Simple Payback forecasted on the LED lights at this indoor ice arena is 3.95 years

So what about REALice?

When we originally put this arena’s usage data into our calculation tool, the simple payback on REALice was expected to be a conservative 4.8 years, a number which fell to 3.6 years once utility incentives were considered. The Town hired a 3rd party engineering firm to measure and verify the savings on this 181×79′ pad (open 8 months a year), which had been flooding an average of 8 times a day with 110°F water. This is what they found:

The results of the measurement and verification study done on the REALice installation at the Mayfield Recreation Complex.

We took the results from the engineering study, and plugged those numbers back into our calculation tool. We found the simple payback for the town of Caledon had fallen to 3.3 years, and just 2.2 years when you consider the utility incentives the Town received. This facility had been using 2,800 m3 (1,008 Therms) of natural gas each year to heat the floodwater: that number is now “0” as they are only using tap-temperature water now — treated, of course, through the REALice system (at around 55°F). The facility has also decommissioned a pump, a storage tank and a boiler because of REALice. 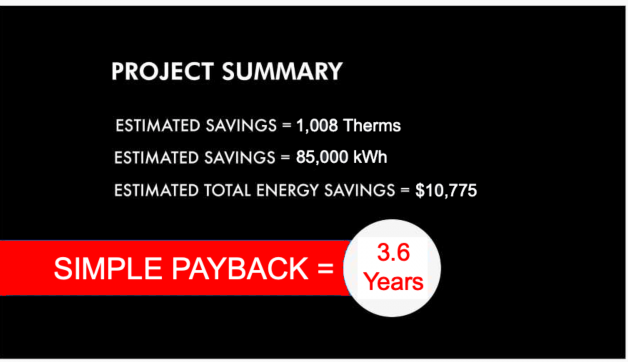 Simple payback forecasted for the REALice floodwater system at this indoor arena is 3.3 years

Conclusion: In the race between LED lighting and REALice, even for seasonal arenas, REALice comes out on top for simple payback.

If you’d like to know what REALice will mean for your indoor ice facility, just ask! Email us at support@realice.us