We’re often asked what’s the best temperature to be running your ice at? They may ask about brine or glycol or set point too but we know that indoor ice arenas are like living organisms, with temperatures that vary from rink to rink — and from pad to pad. That doesn’t mean we don’t know good ice when we see it — and we’d like to pass this knowledge on to you. We have developed The Snowball Test so you can make sure the ice you’re making with REALice is as great as it can be. These pictures were taken earlier this week at the George Bell Arena in Toronto, Canada, a busy single year-round and just-slightly-smaller-than-an-NHL-sized-pad. Their operations supervisor, André, was kind enough to demonstrate the Snowball Test.

1. The first step is to get on your ice resurfacer and shave some ice so you’ve got some snow to work with. André was performing some heavy-duty ice maintenance when these pictures were taken: they’d had four busy weeks with hockey schools in August, and the ice needed some tender love and care.

2. Gather some of that snow with both of your hands. 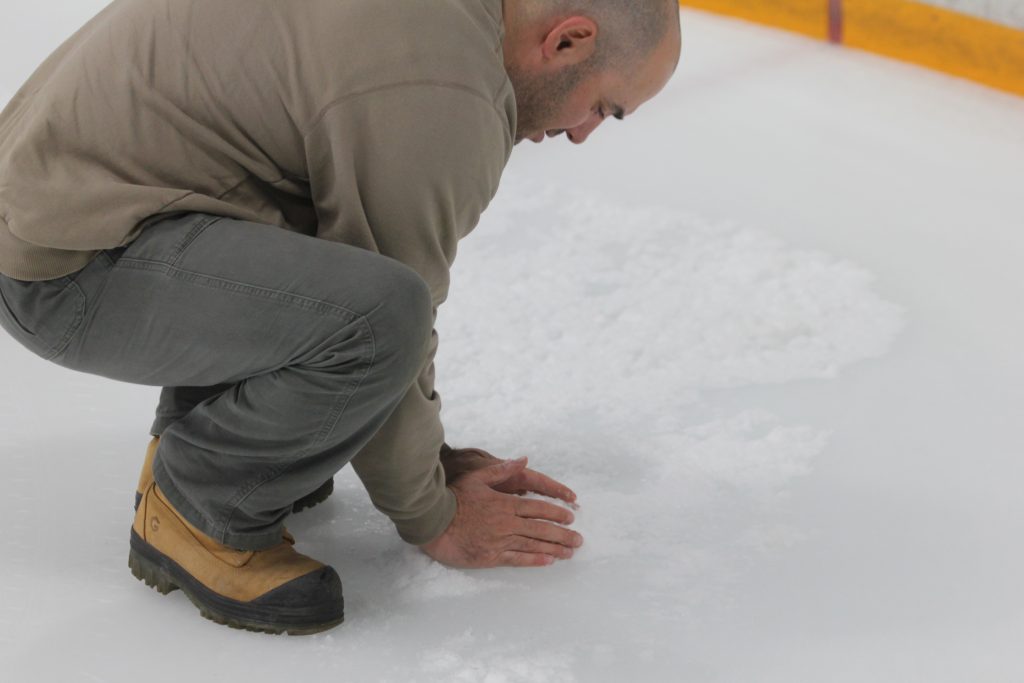 3. Form, or try to form, the snow into a snowball. If your ice temp is too cold, your snow won’t make a nice, round, ball and it will fall apart as you work it in your hands. 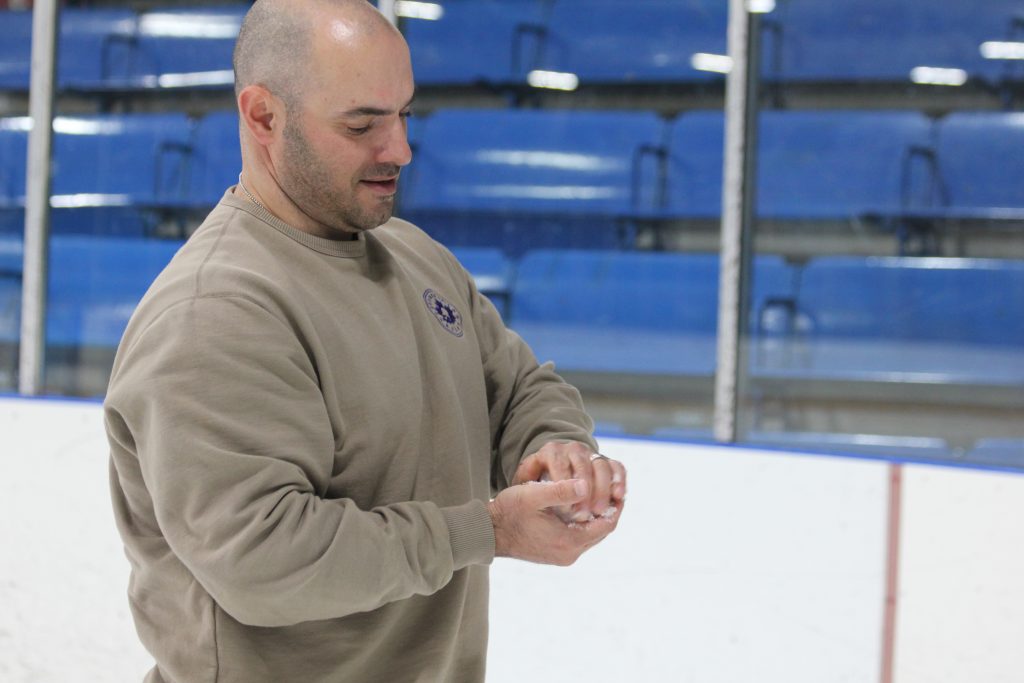 4. If your ice temp is set too high, your snowball will be slushy.

5. If the temperature of your ice is “just right“, you’ll be able to make a snowball that sticks together perfectly too — not too dry and not too wet.

Thanks, André, for your demonstration. And just so you know, his ice is incredibly beautiful, which you can see from the picture below. Their ice has been in full time for four years now; when they installed their REALice system in December of 2016 they shaved down as close to the logo as possible before building their ice up again using only REALice-treated water. As for set point, they’ve increased it by 2 degrees Fahrenheit — and have reduced their compressor run time down to about 12 hours a day, instead of the 18-20 hours they used to be using when they used 140 degree F water. 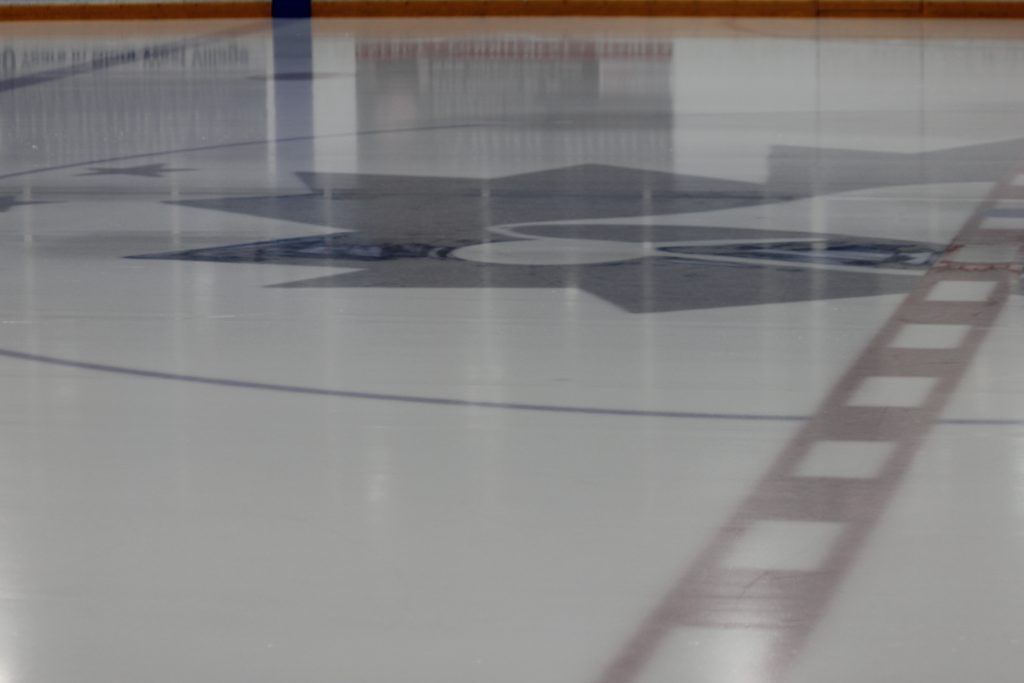 The ice at the George Bell Arena. Beautiful!