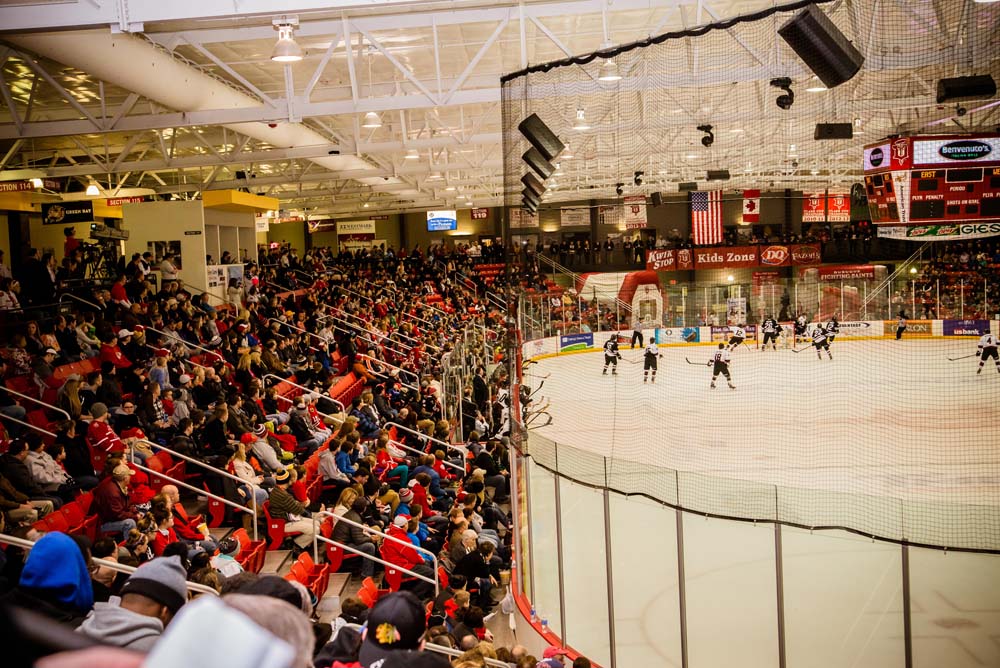 26 Jan “The Energy Savings Got Me Interested in REALice”

The 3,079-seat Mystique Community Ice Center in Dubuque, Iowa opened in 2010. General Manager Ron Breitbach started working there a few months after the $7.2 million facility opened. This past summer, he and his team removed the year-round facility’s ice and rebuilt it from scratch using REALice-treated water.

“I have a masters degree in sports management and an economics degree too and I’m a bit of a sports junkie,” Breitbach says. In addition to running the arena, Breitbach and his wife run a sports entertainment complex in the summer which includes a golf course, driving range, batting cages, etc. “I didn’t know a lot about ice arenas when I started,” Breitbach admits, “but I’m a jack-of-all-trades so it was a good fit.”

Run by a Non-Profit Board

The arena, with a 95% community-use mandate, is owned by City of Dubuque and managed by Dubuque Community Ice and Recreation Center, Inc., a non-profit board. It’s the home of the Dubuque Fighting Saints, a Tier-1 junior team playing in the USHL.

“Being a non-profit, every dollar counts,” Breitbach says. “The board looks at our expenses every month. That’s why we’re always looking for ways to save money and be more efficient.”

Breitbach says he received an email about REALice early on. “I explored it. It intrigued me. We were using so much hot water for resurfacing. The REALice claim for energy savings was the #1 reason why I became interested in it in the first place.”

The REALice System is a precision 3-D printed valve that removes the micro air bubbles in water, bubbles that create fragile, brittle ice. REALice-treated water replaces the need to use extremely hot water for ice resurfacing, doing the same job as extremely hot water but just without the associated energy spend. According to Breitbach, the operations team had been using 160°F water or hotter before installing their REALice System in August, 2016. The cold water they are now using is unheated — straight from the tap — which is then run through the REALice system before being added to the resurfacing machine.

“For resurfacing, we’ve stopped using hot water completely,” Breitbach says. “It’s a tremendous savings. We’ve seen a reduction in the natural gas bill. And although I haven’t been able to quantify the electric savings to the extent I wanted to, we know we’re saving there too.”

Breitbach says talking to REALice representative and former Braemar Arena general manager Susie Miller was the reason he decided to present REALice to his board.

“Susie raved about it,” he says. “She was really the tipping point for me.”

Breitbach was able to convince his board to approve the REALice purchase at the same time as a lighting retrofit project that put instant strike LED lighting in place. Together, the modifications cost $84,000 with just over $80,000 being reimbursed through different grants, including a community foundation in Dubuque that had some grant money to distribute to non-profits for energy efficiency projects.

“I’m really pleased with the quality of the ice. Since we installed REALice, I haven’t heard a single complaint about the ice quality.”

“Here at Mystique, we’re in the ice business,” Breitbach says. “In golf you’re measured by the condition of the greens, tee boxes and fairways. An ice arena is measured by its ice. We have to have high quality ice and with REALice, we do.”