The Ice in Vermillion Bay 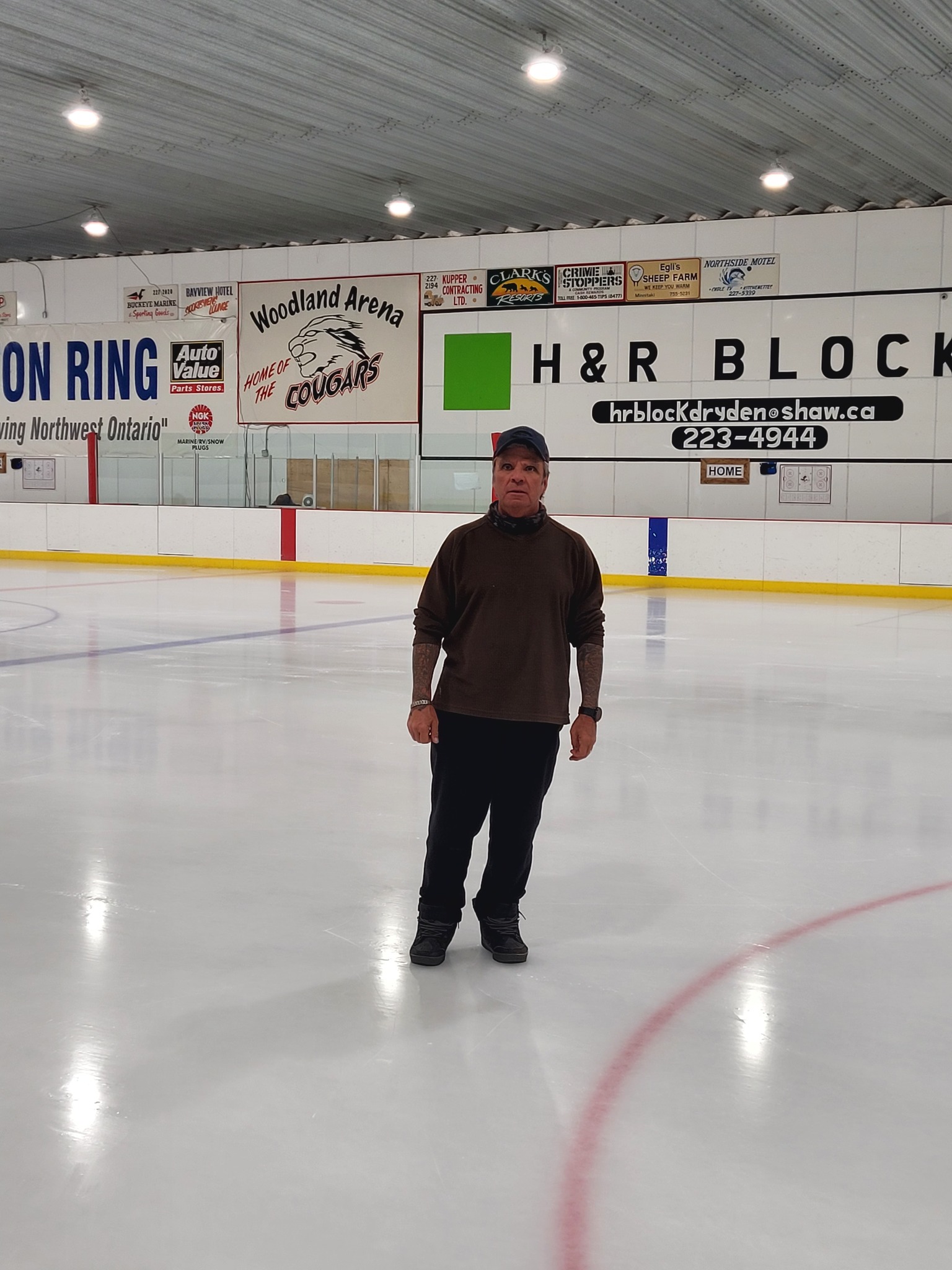 31 Mar The Ice in Vermillion Bay

Posted at 02:02h in Uncategorized by Colleen O'Shea
0 Likes

It’s just over a month since Louis Robichaud, the Arena Manager at the Woodland Arena in Vermillion Bay, ON, installed their REALice water treatment system. And so far, he’s very impressed with the ice.

“People come in and ask, ‘How did you get your ice SO SHINY?’,” he laughs. “That’s with the REALice.”

It’s shiny and fast because Robichaud has needed to raise his brine settings higher because the REALice-treated water was freezing so quickly. Today, the ice is running 5°F warmer than it used to with hot water floods, and that’s got some pretty amazing side effects. 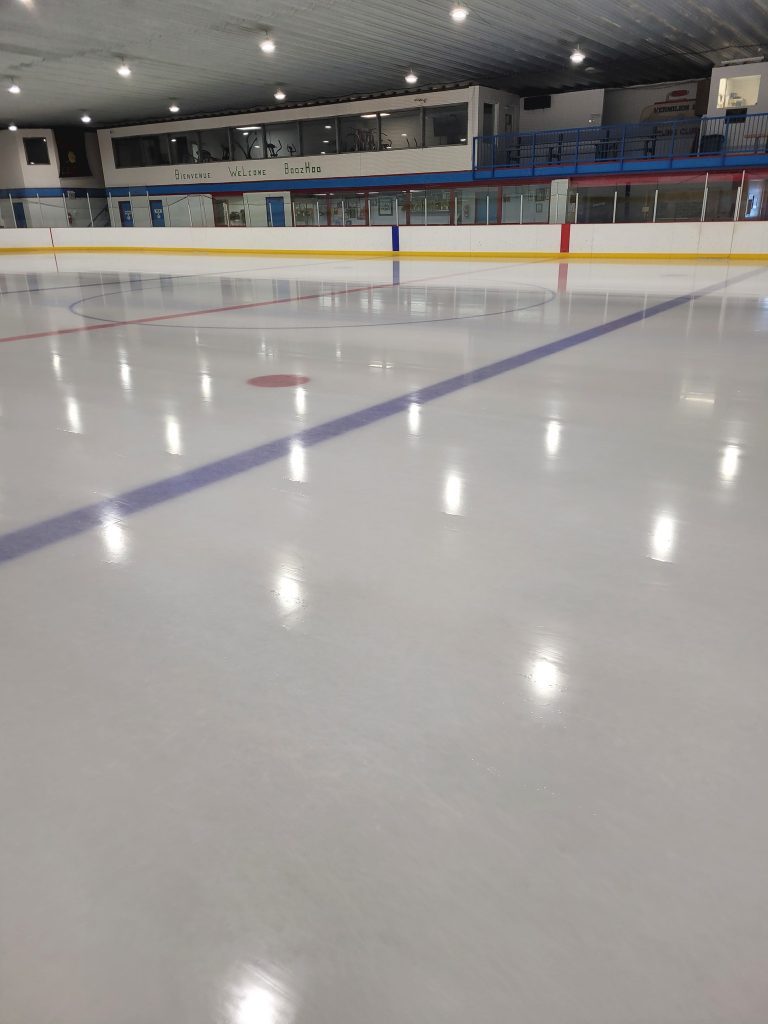 In addition to lower energy costs, the ice is bright, shiny and fast — and isn’t scarring like it used to with hot water floods.

“With the REALice, we don’t have scars in the ice anymore, just skate marks,” Robichaud explains. “Last week we had figure skating trials and the size of the blow outs were the size of a dime. They said the ice was ‘crispy’! In figure skating terms, that means it’s very good ice. We didn’t make any changes to the ice temperature, either.”

“We shaved the ice down to about an inch and then built it back up using REALice-treated water. And then we watched what the ice was doing. I saw the little ridges between the first and second pass lanes, so I knew the ice was still too cold. So we moved the brine temperatures higher and kept watching. Moved them higher again and saw what the ice was doing. And a sharp blade and clean towel make a big difference, too.” 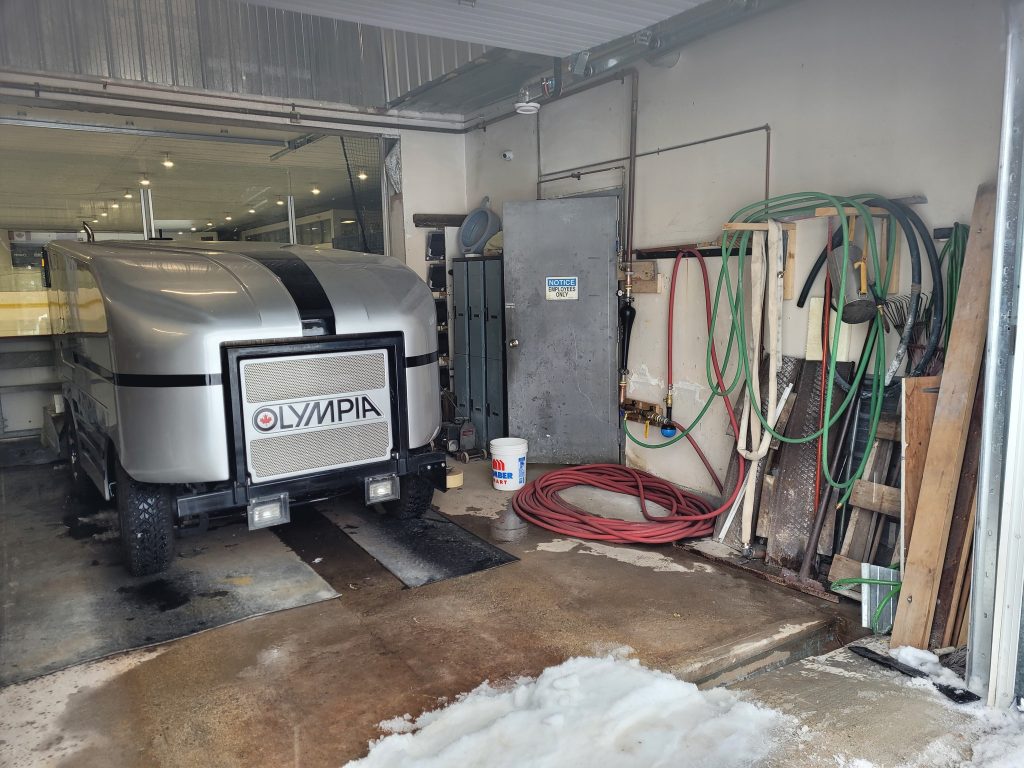 The Olympia room has recently been modified to include REALice.

What Robichaud saw was with ice made with REALice and warmer brine temperature, the ice was becoming brighter every day.

“Even though the ice is about an inch and a half thick, the lines are popping,” he explains. “I can sit in the canteen which is about 200 feet away from centre ice and the red line is vivid. It looks like brand new ice.”

Vermillion Bay is one of three communities that make up the Municipality of Machin. Located in North Western Ontario, nestled between Kenora and Dryden, the REALice purchase was made possible with a grant from the Northern Ontario Heritage Fund Corporation’s Community Building Fund. In addition to covering a great deal of the costs of the REALice system, the $90,000 grant is being used to replace new flooring, puck boards and lighting.

When the funding announcement was made, Machin Mayor Gord Griffiths was hoping for improved ice conditions, which they now have.

“The Ontario government’s support allows us to move forward with these important initiatives that we could not afford to do alone as a municipality,” said Machin Mayor Gord Griffiths. “This funding will help us reduce costs at our arena and improve ice conditions while working on improving overall safety in the facility.”

The Machin council voted earlier this week to extend the ice season until the end of April.

“There are lots of tournaments taking place in North Western Ontario next month and most rinks around here are taking their ice out this week,” Robichaud explains. “Now that we’re saving money with cold water floods and compressors running just 10 hours a day at the most, we can extend the season.”